Thanks to the team at One Four Six Media we now have a new website.

Please visit the website: www.alfescause.org.uk from now on for all up to date information about Alfe's Cause.

Many thanks
Posted by Alfe's Cause at 8.5.15 No comments:

On the 9th May one of the charity parents, Simon, and a group of his colleagues are taking part in the Dirty Weekender aiming to complete 200 obstacles across a 20 mile course. More can be read about the event at: www.ratracedirtyweekend.com.
They are doing it to raise funds for Alfe's Cause and Molly Olly's wishes: http://www.mollyolly.co.uk/.
You can sponsor Simon by going to: http://www.goldengiving.com/fundraising/dirtyweekenderalfescause.
Every penny counts! Thank you.
Posted by Alfe's Cause at 22.4.15 No comments:

KEEP MIKEY IN YOUR THOUGHTS

We were saddened to hear about Mikey, a child whose family we have got to know through the charity, been taken ill at the start of the week. Our thoughts are with his family and we hope that his health improves soon. To keep up to date with how Mikey is doing please visit: https://www.facebook.com/MikeysWar?fref=nf
Posted by Alfe's Cause at 7.4.15 No comments:

Time has flown so quickly since our last update. On the 7th March Alfe and a team of Volunteers manned a glow zone at the Blacklight Run whilst his Mum and other supporters took part in the run. We are waiting to find out how much we will receive as a result of the event as official charity partners. On the 8th March the Duston Staff Runners ran various distances in the Milton Keynes Festival of Running and raised lots of funds for us. Each year we need around £10,000 to keep the charity running and developing and the staff runners efforts have definitely helped with working towards this figure.
Alfe and his Mum were recent guests at a blood donor ceremony and it was a real privilege for them to share their story with the donors and present the donors with the special awards for donating either 75 or 100 pints of blood.
We are continuing to have more families referred to the charity so families can have support from us as soon as possible. 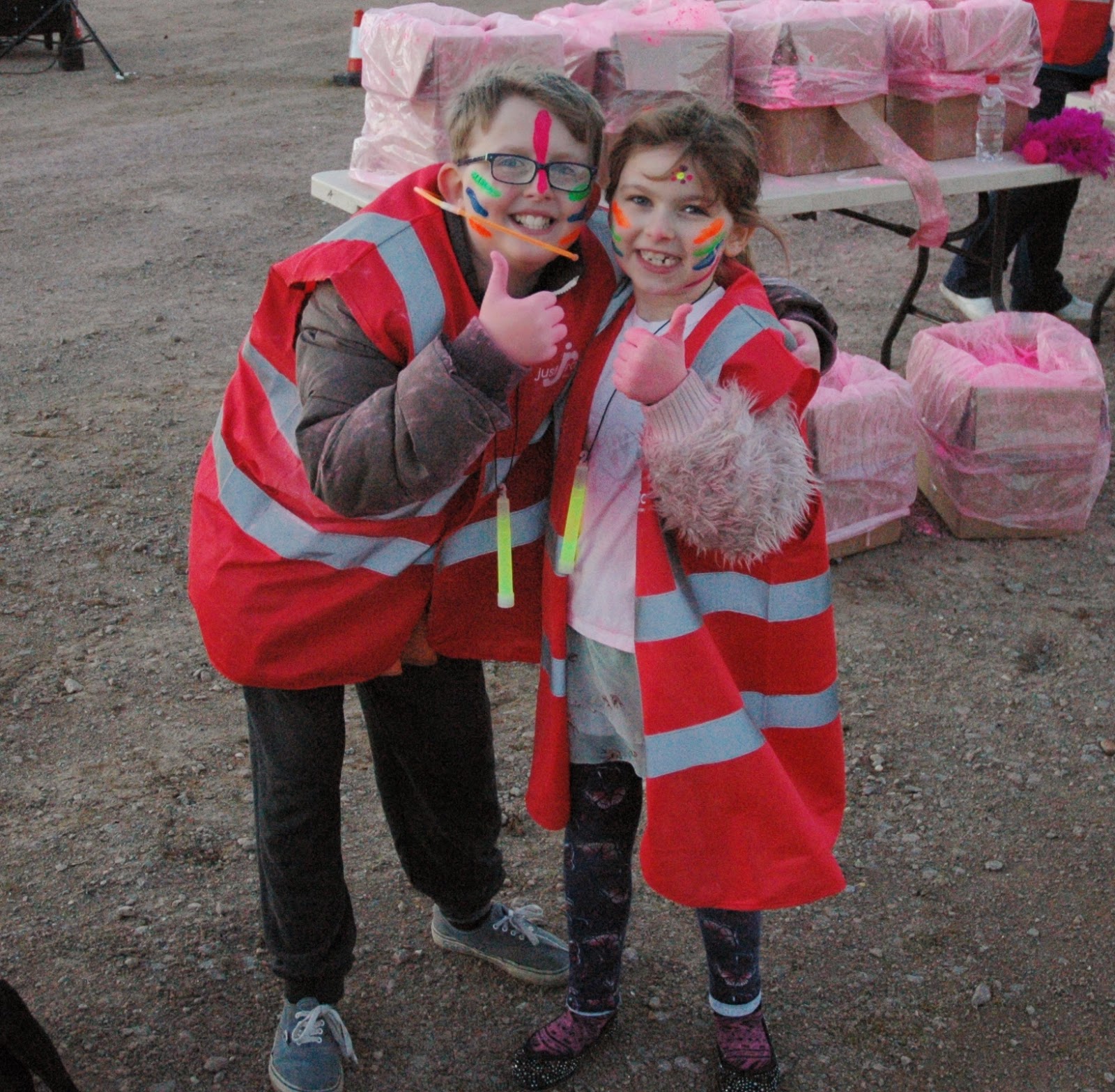 In less than a week we will have a new website courtesy of http://onefoursix.co.uk/. Do pop and see what its all about at: www.alfescause.org.uk

We are very proud of trustee, Karen, who has reached the final 6 out of over 100 nominees as a possible winner of Northampton Inspirational Women's Award 2015 after been nominated by the charity trustees Colin and Shirley. The winner is announced next Saturday as part of International Women's Day. We wish her luck!
http://www.northampton.gov.uk/news/article/2059/inspirational-woman-award-finalists-announced
Posted by Alfe's Cause at 27.2.15 No comments:

We were delighted to find out on Friday that we had been announced as charity of the year with Grange Mortgage and Protection Services. This is another big boost for us and we are truly grateful to everyone who voted for us.
On Saturday we had our monthly meeting and this month went bowling where we had lots of fun attempting to get a strike. Next month we'll be needing our wellies as we are heading off to the farm which was one of the groups favourite activities last year.

After a day of spin bike cycling in Sainsbury's on 14th February with the store staff and charity volunteers taking turns to pedal we managed 600km which is the equivalent of biking to Paris. We did this to highlight how far families have to travel for the child to have treatment abroad when all other treatment in the UK has been exhausted.

Thank you to everyone who voted for us to be the Grange Mortgage and Protection Services charity of the year. We have made the final 4 and now it is down to the charity with the most public votes with voting closing on the 20th February. Please vote for Alfe's Cause at:https://epoll.me/vote/ACalHpF2Xl0/who-would-you-like-to-see-become-our-charity-of-the-year-for-2015

In other news we are busy preparing for our upcoming awareness event "Get on your bikes" in the Grosvenor Centre Sainsburys on the 14th February to raise awareness of how far some families have to travel abroad for their child to receive treatment currently unavailable in the UK. We are trying to cycle as many miles as possible in 6 hours.
Posted by Alfe's Cause at 6.2.15 No comments: